The Scandalous Silence of Moscow’s Patriarch

The head of the Russian Orthodox Church has maintained, at best, an unacceptable neutrality in Russia’s ongoing war on Ukraine.

Let us be clear, what Vladimir Putin has declared isn’t a just war, it’s just war. All the more reason, therefore, for the one person uniquely positioned to be a lever for peace, and leaven of justice, to act. That person is Patriarch Kirill of Moscow, and his silence to date is a scandal.

The role of the patriarch in Putin’s architecture of aggression is critical. For Westerners long accustomed to separation of church and state, the Russian arrangement can seem an anachronous quirk. It’s not.

Put simply, Putin has been keen to impose a Byzantine model of order known as symphony, in which crown and cathedra work in “providential” harmony. Rooted as it is, however, in gross distortions of history and purpose, this symphony has produced more anthems than hymns.

Meanwhile, Pope Francis last week did what Patriarch Kirill seems to have no intention of doing ever. Breaking with convention, the pope went to the Russian embassy, knocked on its door, and, in the spirit of the prophets, appealed for peace, and offered his office to help broker it. Kirill, understandably, is unable to knock on a door he dwells on the other side of.

Among the titles ascribed to a pope is Pontifex Maximus — that is, chief bridge builder. For better and worse, Francis has striven to be that. Conversely, Kirill, at almost every turn, has attempted to undermine the very bridges he’s entrusted to construct. Moreover, his program of divide and conquer shifted to an urgent gear when, in 2019, the Ecumenical Patriarchate of Constantinople, which granted Moscow its independence, granted the same to Kyiv. Examples of Kirill’s campaign contra unity is an expanding record, and evidence that president and prelate are working from the same book. It’s not a prayer book.

The gospel assures us that “the inmost thoughts of many will be laid bare.” It’s meant to be as bracing as it is hopeful. Vladimir Putin, however, who prefers the orchestrated optics of bare-chested pony rides, has now bared something more sinister than much of the world wanted to believe.

In a talk given Sunday, Kirill’s words were even more prevaricating and pernicious. Using the insult of Moscow coded language, he signaled to his audience the party view that those who dare to oppose Kremlin fiat constitute evil forces. He thereby gave the world a peek at the wolf fur beneath a sheep-shell of Byzantine robes.

The Orthodox communion has little choice but to engage this situation robustly, for the present patriarch of Moscow is on the brink of turning his cathedra into a slaughter bench, and himself into the accomplice of a war criminal.

I write as one ordained to serve in and through a Ukrainian church tracing directly to the apostle Andrew. Kirill and I are privileged to stand in this line of succession. It grieves me, therefore, to write what I have written here. At the most meaningful level of identity, this tradition joins Ukrainians and Russians, as well as millions of others throughout the world, who watch with abhorrence the scandal of this invasion.

One shudders to consider the memory of those hundreds of thousands who, because of that common faith, were forced to climb Calvary by Stalin, another potentate whose “love” of country refracted hideously through the prism of megalomania. No doubt he, like Putin, would view the collapse of the Soviet system as the greatest tragedy of the 20th century.

A few days from now, the vast majority of Ukrainians and Russians will begin Great Lent. It is a time of rigorous self-scrutiny, made with deepening humility, in the searching light of Love’s Truth. Facilitated by the richness of the church’s liturgical life, one is led, not to self-flagellation, let alone to the scourging of others, but to metanoia — the shift of one’s existential orientation, till reconfigured according to the pattern of Christ’s own life. It is daunting, for it means entering with him into the tomb on Good Friday. The people of Ukraine have once more entered early.

With tenacious hope, then, we wait, and wonder: When the rock is rolled back at dawn on Easter Sunday, will the patriarch of Moscow emerge with the resurrected Lord, or be found standing outside, chief among the emperor’s minions?

TIM KELLEHER is an actor, a writer, a director, and a deacon in the Ukrainian Orthodox Church. 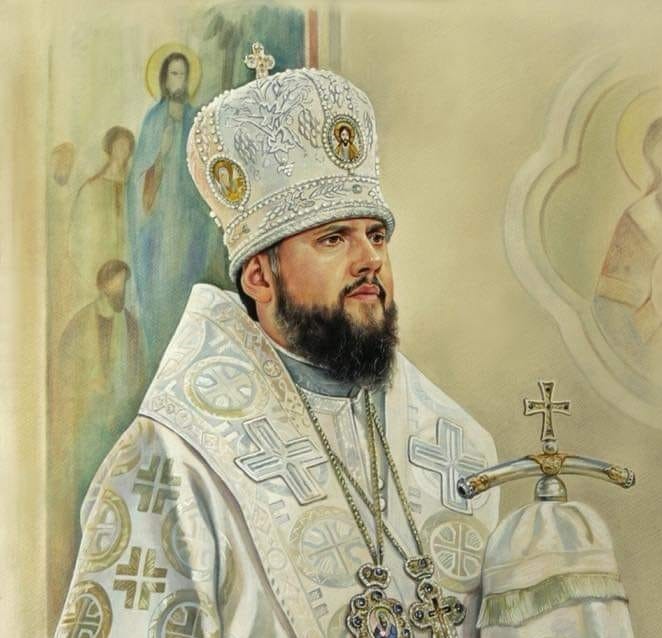 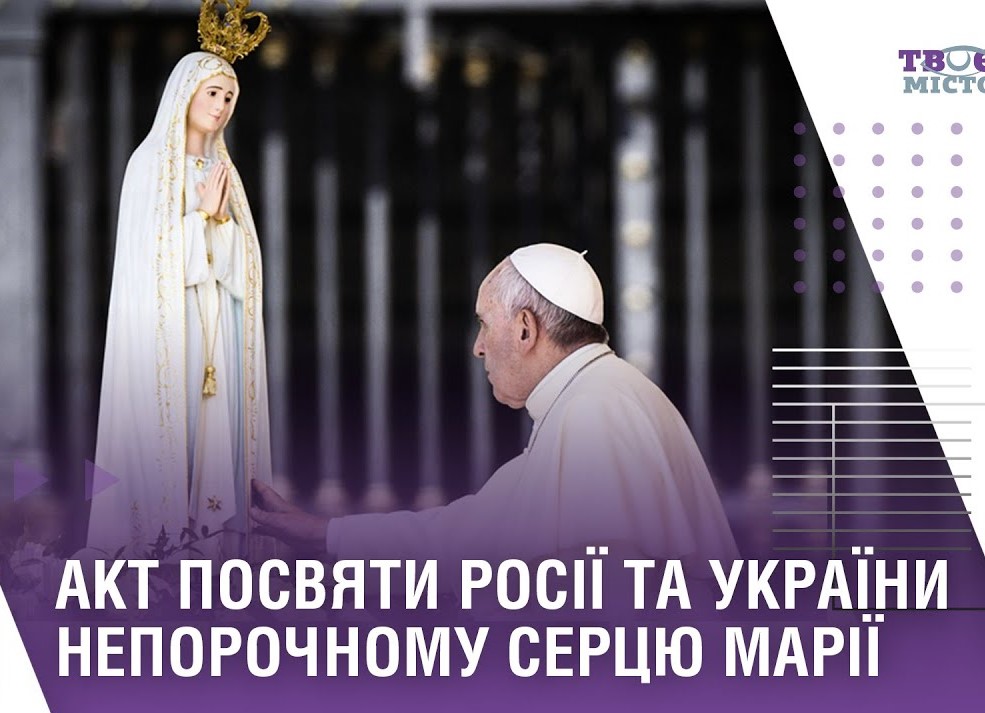 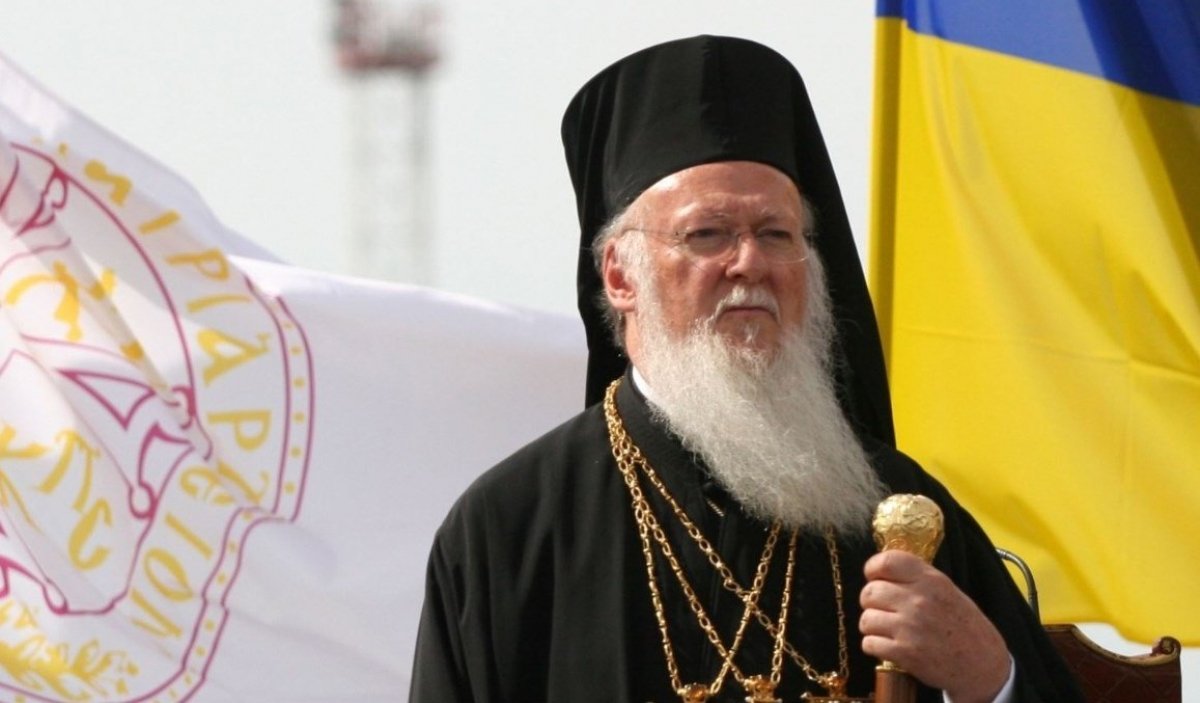